A trendsetting pioneer in the stand up paddleboarding industry, Starboard SUP is an eco-conscious company that continues to push the envelope year after year when it comes to paddle board design and performance. In addition to manufacturing some of today’s best inflatable and rigid paddle boards, Starboard also sponsors a number of important non-profit initiatives that are having a positive impact on both the environment and worldwide SUP community.

Founded by Svein Rasmussen, Starboard continues to innovate when it comes to inflatable paddle board manufacturing and design, and the company currently has one of the most diverse iSUP lineups in the industry. Starboard’s new inflatable SUP line features boards for kids, surfing, river SUP, racing, all-around paddling, SUP fitness, windsurfing, touring, multi-person paddling, and more.

Newly introduced in Starboard’s iSUP lineup is the company’s breakthrough double chamber technology. All Starboard Deluxe models feature a second air chamber which offers between 14L and 42L of safety flotation, making Starboard’s inflatable SUPs some of the safest on the water today.

In addition to improving the overall safety of Starboard iSUPs, this added air chamber also increases overall rigidity by doubling the sidewalls and essentially adding I-beam support to the board. This breakthrough manufacturing process brings inflatable SUPs yet one step closer to the feel of a traditional rigid board, while retaining all of the advantages that make inflatables so great.

With the exception of closeouts and open box boards, you can use the following promo code for a 5% discount, FREE 3-piece travel paddle, and FREE shipping (unless you live in Maryland) on all inflatable Starboard paddle boards at Pumped Up SUP: BOARDER

If you don’t find the Starboard model that you’re looking for at Pumped Up SUP, Green Water Sports has a nice selection of this season’s boards to choose from and they also offer free shipping and no tax outside of Florida.

The Starboard Atlas inflatable SUP is an extremely stable, all-around model that measures 12’0″ x 33″ x 6″. As with most of the models in Starboard’s lineup, this board is available in both Zen and Deluxe versions and it’s capable of supporting up to 265 pounds of weight.

A board that is perfect for cruising, the Starboard Atlas is a great option for beginners and advanced paddlers alike.

Featuring a narrower nose and wider tail, the Starboard Blend is a fast-gliding, all-around inflatable SUP that is great for both flatwater cruising and surfing. This is a super popular model in Starboard’s lineup, and it’s a great choice if you’re looking for a versatile board that delivers excellent performance.

The Starboard Blend measures 11’2″ x 32″ and is capable of supporting a max weight of 220 pounds.

Starboard’s Drive model is a narrower all-around board that tracks well and is easy to paddle. While the drive offers decent speed and tracking performance, there is some trade-off in the stability department due to the board’s 30″ width.

A shorter board that offers excellent maneuverability in the water, the popular Starboard Whopper is a fantastic all-around inflatable SUP that is stable and ultra-versatile. Measuring 10’0″ x 35″ and capable of supporting an impressive 265 pounds, the Whopper is the perfect choice if you’re looking for a board that can pretty much do it all. From SUP fitness to fishing to flatwater cruising, this board delivers.

The shortest all-around SUP in Starboard’s lineup, the Converse is super easy to maneuver in the water and ultra-convenient when it comes to storage and transport. Measuring 9’0″ x 30″, the fun little Starboard Converse is only available in the Zen model.

Measuring 14’0″ x 31″, the 14′ Starboard Touring board is a great choice for anyone who needs a fast board that tracks extremely well in flatwater. This board features a double bungee cord storage area at the nose for additional deck storage, and it’s available in both the Zen and Deluxe configurations.

The middle-of-the-pack board in Starboard’s inflatable touring lineup, the 12’6″ model is 31″ wide and is perfect for someone who wants a fast-gliding touring SUP that is a bit more portable and maneuverable than the larger 14′ model. The 12’6″ Touring model has a maximum weight capacity of 243 pounds, giving you the option of bringing along plenty of gear for your paddling adventures.

The smallest inflatable touring board in the Starboard SUP lineup, the 11’6″ measures 30″ wide and it has a max capacity of 220 pounds. A good choice for smaller paddlers who are looking for a fast touring board, the 11’6″ is a great tracking board that is built like a tank.

Starboard’s warranty page on their website is for composite boards.  We did discover a maintenance manual under FAQs on the site that states a limited warranty of 1-year from date of purchase.  You must go through the place you purchased the product. They state clearly that their responsibility is limited to repair or replacement of the defective product.

The information we were able to find was spotty, which is extremely disappointing. It’s apparent that you’ll be very reliant on the retailer you buy the board from for service – so make sure you ask about their policies. 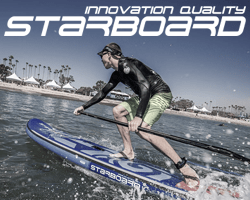 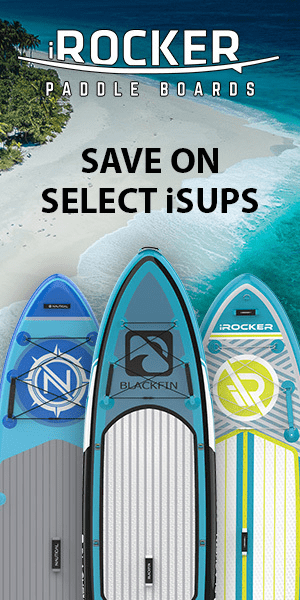